You’re currently using aniSearch in German. Would you like to switch to the English version?
Australian Publisher Madman has announced the acquisition of six new anime series on their Facebook-Page.

The first aquisition is the upcoming anime Isuca from ARMS. Akira Iwanaga will direct the anime, while Masashi Suzuki will be responsible the scripts. Afilia Saga will create the theme song for the series. The voice cast consists of Yumi Fujimura as Isuca, Saeko Zogo as Nadeshiko, Akane Kohinato as Matsuri, Yumeha Koda as Fumizuki, Sarah Emi Bridcutt as Kanae, Ibuki Kido as Sakuya Shimazu, Keisuke Koumoto as Shinichiro Asano, M.A.O as Suseri Shimazu and Kaori Sadohara as Tamako.

The anime is based on Osamu Takahashi's manga with the same title, which is serialised in the young ace magasine since 2009. 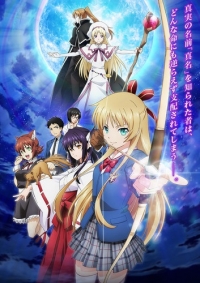 TheTVDB.comShinichirou decides to look for a job in order to pay his rent, and his teacher suggests that he work for someone at their house doing housekeeping; however, the person who hired him was Sakuya, a girl who is the 37th head of the Shimazu family, and her job is to exorcise and eliminate unwanted creatures. Shinichirou accidentally releases one of the creatures that Sakuya captures and they cooperate to catch it. A story of comedic creature hunting begins!
Madman Entertainment plans to stream the series as simulcast on their AnimeLab service with a home video release later on.


The Testament of Sister New Devil (Shinmai Maou no Testament) 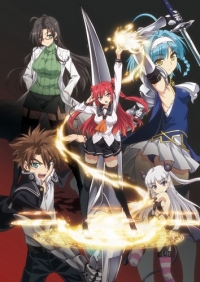 MangaUpdates"Hey, you said you wanted a little sister, right?"

First year highschool student, Toujo Basara, was suddenly asked this question by his father, and he fell into a state of panic. On top of that, the eccentric father told him that he will be getting remarried. He then departed overseas after bringing Basara two beautiful step-sisters.

But Mio and Maria's true forms are actually a newbie Demon Lord and a succubus!? Basara was almost forced into a master and servant contract with Mio, but a "reversed" contract was formed by mistake, and Basara is now the master!? Moreover, Basara is being hit by ecchi situations one after another due to the contract, but Mio's life is being pursued by other demon tribes and hero tribes!!

The most powerful contractor's desire action drama begins!
Madman Entertainment plans to stream the series as simulcast on their AnimeLab service with a home video release later. 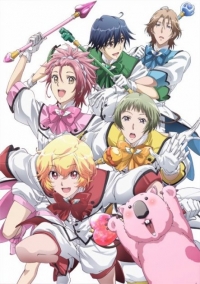 The story is about five high school boys affilated with the Binan High School Earth Defense Club and their adventure with a weird pink wombat, who put them in charge of protecting the world.

Madman Entertainment plans to stream the series as simulcast on their AnimeLab service with a home video release later.

The fourth license is the upcoming anime Kan Colle from diomedea. Keizou Kusakawa directed the anime, while Jukki Hanada created the scripts. The voice cast will be the same as in the game: Uesaka Sumire as Kuchikukan Fubuki, Fujita Saki as Seiki Kuubo Akagi and Iguchi Yuka as Seiki Kuubo Kaga. 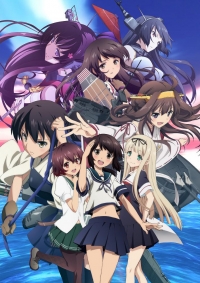 The anime is based on a japanese free-to-play onlince card game. The game was developed by Kadokawa Games and launched in April 2013.

The story of the anime is about the Fubuki and the storyline is told from her perspective.

Madman Entertainment plans to stream the series as simulcast on their AnimeLab service with a home video release later.

The fifth license is the upcoming anime Aria of Curse for a Holy Swordsman from diomedea. The anime will be directed by Inagaki Takayuki, while Hiroshi Yamaguchi created the script.

The anime is based on a Light Novel series from Akamitsu Awamura. There are currently six volumes published by publisher SB Creative since November 2013 . A manga adaption is published in the Comp Ace magazine since June 2014. The main voice cast consists of Kaito Ishikawa as Moroha Haimura, Ayana Taketatsu as Satsuki Ranjou and Aoi Yuuki as Shinzuno Urushibara. 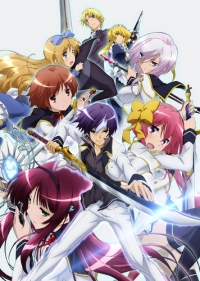 ANNThe story is set in a private high school that brings together "saviors," youths with awakened memories from past lives. Some of them are Shirogane who fight enemies with weapons and techniques gleaned from the Puraana powers from their own bodies. Others are Kuroma who wipe out enemies, with magic to manipulate the Maana powers that surpass physics. A boy named Moroha Haimura enrolls in this school. He is the first person in history with past lives of both Shirogane and Kuroma.
Madman Entertainment plans to stream the series as simulcast on their AnimeLab service with a home video release later.

The last license is the upcoming anime Samurai Warriors from TYO Animations. Koujin Ochi will direct the anime. The production team from the special will be on board again consisting of Aki Tsunaki for the character design and Yuka Yamade as scenario writer.

The tv series will be an adaptation of Tecmo Koei's hack and slash series Sengoku Musou (Samurai Warriors). The fourth entry to the game franchise was released for PS3, PS4 and PS Vita. A revised version will be released in Japan on 11th february 2015. 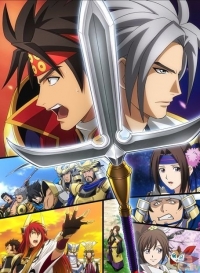 ANNToyotomi Hideyoshi is on the verge of unifying the realm, and all that remains is the Odawara Castle protected by the "Lion of Sagami" Ujiyasu Houjou. Hideyoshi's personally trained generals—Ishida Mitsunari, Katou Kiyomasa, and Fukushima Masanori—as well as Ootani Yoshitsugu, Shima Sakon, and Naoe Kanetsugu are all on the frontline of the battle. Amidst the battle formation are the two young warriors of the Sanada household: older brother Nobuyuki and younger brother Yukimura. As the stalemate begins to break down, Sanada Yukimura rides on a lone horse into the fray. His brother follows him right after.


Madman Entertainment plans to stream the series as simulcast on their AnimeLab service with a home video release later. 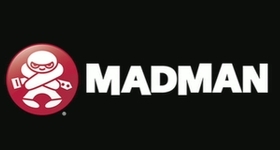