You’re currently using aniSearch in German. Would you like to switch to the English version?

Summary translation:
By speaking with Roswaal, Subaru attempted to put a stop to the attack on the mansion. However, Roswaal would not forsake the beliefs he had been holding for over 400 years. To put a stop to Elsa and the others, Subaru had to head for the mansion as soon as possible, and so, together with Garfiel and Otto, they boarded the dragon carriage pulled by Patrasche. Meanwhile, to Emilia, who had just passed the first trial, Ram expressed a wish. Emilia, moved by Ram's feelings, reached a hand out to her.
Anzeige – Logge Dich ein, um diese Anzeige nicht zu sehen.

Gewinnspiel: „Bofuri: I Don’t Want to Get Hurt, so I’ll Max Out My Defense“ 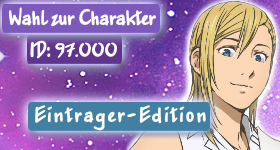